Fishing in the Off Season — Wilderness North

Fishing in the Off Season

If You Didn’t Have a Rod, Could You Still Catch Fish for Survival?
Maybe you are the best bass fisherman on your home lake, or the slickest flycaster on the local river, but have you ever thought about how your ability would stack up if all your gear went bye-bye and you had to catch fish to live? A homeless man is using stones to knock out his dinner on the Los Angeles River. It’s a goofy technique, but as they say, sometimes you gotta do what’cha gotta do. I think that if I had to catch fish sans rod to live I could do it. I’d argue that knowledge of how fish behave is far more important than rod skills. I bet I could spear a carp in the summer when they’re eating berries close to shore, or spook a trout out of its haunt into a strategically placed fish trap. Or maybe I’m delusional I’d starve. How about you?…»

Fishing Gear Tip: Use PAM to Keep Rod Guides from Icing
The one thing I can’t stand about winter fly fishing is ice forming in the guides of my rod. But there’s a cheap, simple fix for that. Simply spray some PAM non-stick cooking spray on those guides before you head out to the river. Don’t gunk it on, and wipe away the excess. You might give the smaller guides at the end of the rod an extra shot or two right before you string up.I know other anglers who like to use things like WD-40, but I prefer a slightly less “industrial” solution, and PAM seems to work pretty well. It will last a good couple hours or so, depending on how cold the air is where you’re fishing. Besides, if the fishing is really slow, and you use the olive-oil flavor, you can always chew on your line and pretend it’s spaghetti.I haven’t dared to try squirting it on my flies to see if the fish like the flavor.I know some of you (Koldkut) have your own fixes for icy guides, so let’s hear them.…»

Winter Flyfishing: Stretch Your Fly Line to Cast Better and Slow Guide Icing
Fly lines have as much to do with casting performance as your fly rod does. Even the most deluxe, high-tech graphite wand in the world won’t save you if your fly line is chapped, dry, and especially kinked. Trying to cast a kinked line through a fly rod is like trying to push a corkscrew through a straw. Crooked lines cause crooked (and short) casts. And yet many of us don’t take the five minutes needed to straighten out our fly lines before we hit the water.Stretch your fly line by attaching it to a fixed object and pulling on it, either all at once or a few feet at a time. I also like to rub my fingers (or better yet, a pad treated with line conditioner) along the fly line to generate some friction heat, which will help make the line more malleable. Doing so will also let you know if your line has any abrasions. It’s especially important to stretch that line in the winter. Think of it like stretching your body before a jog on a chilly morning. Not doing so can only cause problems. I like to stretch my line before I head out into the cold, and then again as I pull it off the reel before I fish. Once you start casting a kinked line in the cool water, it will only set up out of shape, and you’ll never get things right until that line warms up again. Which leads to another important point. Many lines are actually designed for certain temperature zones. Use a “tropical” line that was intended for hot conditions in a chilly steelhead river, and you might as well be casting a 90-foot section of vermicelli. One of the big issues we have with winter fishing is ice forming in the guides of our rod. I think you can reduce that problem by 50 percent if you straighten your fly line before you fish. The other 50 percent? Well, that’s another topic for another day. …»

10 Reasons to Fly Fish Rather than Deer Hunt
I like to hunt deer and elk, just not nearly as much as I like to fly fish. I know that’s sacrilege in these environs, especially in this season. But I have my reasons.* In fact, I have ten good ones: 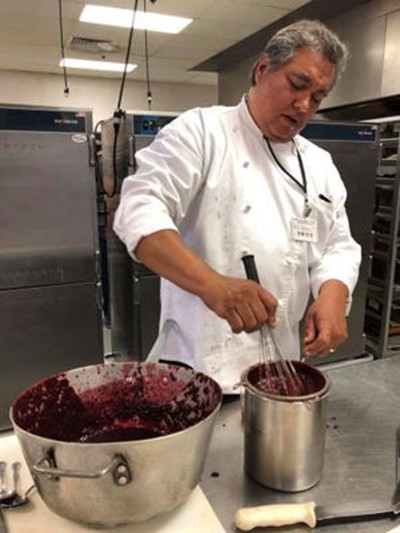