After their drive from Ann Arbor, across the “Big Mac Bridge” the Woods party from Michigan USA – Kevin, Dave, and John arrived here at Miminiska Lodge on the Albany on June 6. One of the highlights of their stay was Brook Trout fishing with First Nations guide Thomas Nate including a trip to Miminiska Falls where nice 18-21-inch Brook Trout were caught on red & white, and silver & orange Daredevils. The next morning, it was off to Snake Falls where the Albany River empties into Lake Miminiska. After a fresh Walleye shore lunch, next to the quick moving waters flowing down the chute at Snake Falls, they were treated to the sight of a cow moose and her calf. Two other moose were seen during their travels, one swimming at Ferguson Creek and another in the shallows closer to the lodge.

The Hansen party of nine guys from Texas, Colorado, and New York State  led by Richard Hansen Sr arrived on June 7. Mr Hansen is a regular, having been fishing at Wilderness North nine times. These guys made it to all the hot spots around Mim. The Honey Hole just down from the lodge where they reported catching 60-70 Walleye per person per day, then on to Ferguson Creek, Twin Falls and Waddam Creek to enjoy the burst of post spawn Walleye action from the glass eyes still hanging around the river mouths. No trip to Mim would be complete without the sights and sounds of Snake Falls. The Hansen party saw a big black bear come down from a tall tree, snapped some good pictures of eagles soaring high in the sky, and to make the day complete, they caught and released four big Brook Trout on white & yellow jigs at the falls. Thanks to the Hansen group for catching the Walleye for our combined cookout at Shore Lunch Island. It was great to meet them and we look forward to seeing them again next year.

Rounding out the busy week at Mim, we welcomed the Pipho party on June 8th. Bill Pipho, Barry Rogers, Scott Schweigert and their pilot Tom Willett all arrived in their twin engine Piper Aztec touching down on the airstrip just behind Miminiska Lodge. These avid anglers and aviation enthusiasts, especially Tom Willett, admit to loving the idea of being able to fly in and get out of the plane, and hop into the boats with our resident First Nations guide Thomas Nate. At the end of their first day, they got what they came for: Brookies ranging from 13 to 20-inches on the popular B-headed wooly bugger with an orange body and brown hackle. They went out Sunday morning to catch some Walleye for their return flight to the Fox River Valley. The water had dropped almost a foot in the last 7-10 days. They learned that the Walleye have left their post-spawning areas to head out to the reefs and shoals. The final morning trip was a success for them and it was good they were able to send home a “taste of Mim” to share with their families back in the Badger state. 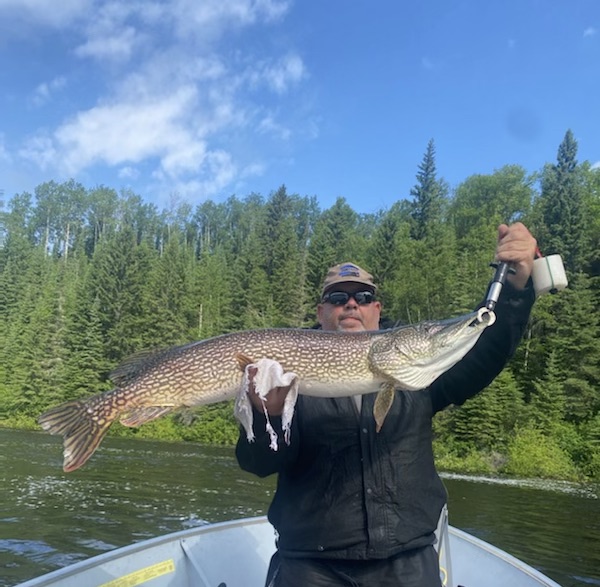 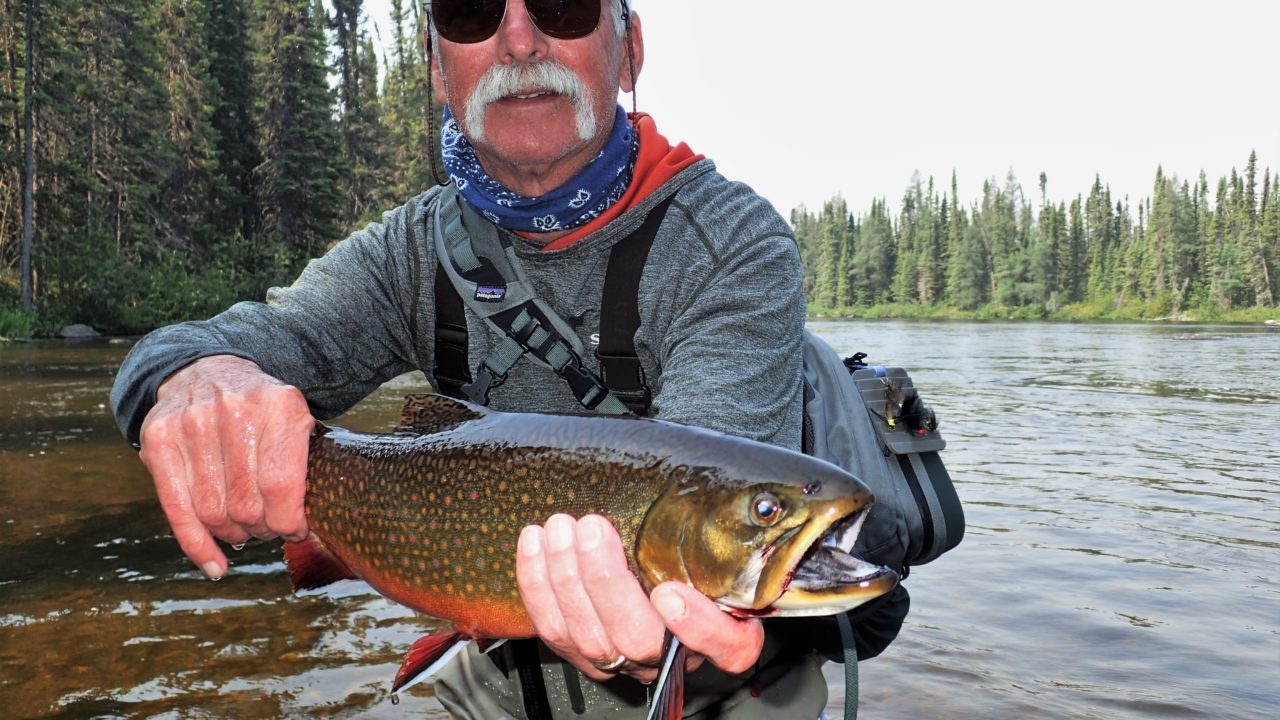