Wow! What a Start to the 2007 Season — Wilderness North

Snowy Opener Proves Great For 2007’s Early Master Anglers. The big pike were biting despite temperatures in the mid thirties, snowy skies and moody winds. Just ask Roger Faulkner who slipped his boat into Goldsborough bay on Whitewater Lake to get out of the wind last Tuesday. Next thing he knew he was slipping this 45 inch 30 pound pike into his landing cradle. Roger and his son Rich, drive up every year for the opener and this year was Roger’s year to become a Wilderness North Master Angler.

Every year we award the Master Angler pin to those anglers who catch and release Northern Pike 40 or more inches in length and walleye 26 inches and over. Jim Butcher (Last year’s biggest pike in Ontario Angler of the year) caught and released a 40.5 last week at Ogoki Lake. Jim Mouch, registered a 45 from Whitewater. Steven Cadle, and Dennis Davis each had a 40 from Ogoki Lake. Mark Sopko reeled in a 41 while at Ogoki Lake, and Robert Deel  & Fred Millard  -both guests at Whitewater – had a 41 and 43 incher.

The lures of choice? Well…(Drum Roll please)…Rapala crankbaits -shallow or deep diving- were responsible for all but two of these opening week trophies. The other two? One was caught on a Johnson Silver Minnow (gold), and one on a jig and tail while ﬁshing for Walleye.

So…What About the Walleye ?

Our guests tell us that the walleye ﬁshing was basically good this week with plenty of bites from staging ﬁsh near drop oﬀs in 8 to 20 feet of water. Doug Lane’s 24” walleye was “close but no cigar” for the 26 Master Angler Walleye Pin. He was part of Rick Stewarďs party at Ogoki Lake who caught over 250 16-24 inch ﬁsh in their four day trip. As our guests depart we collect the data about their success patterns and locations and pass it on to arriving guests during their pre-trip planning. 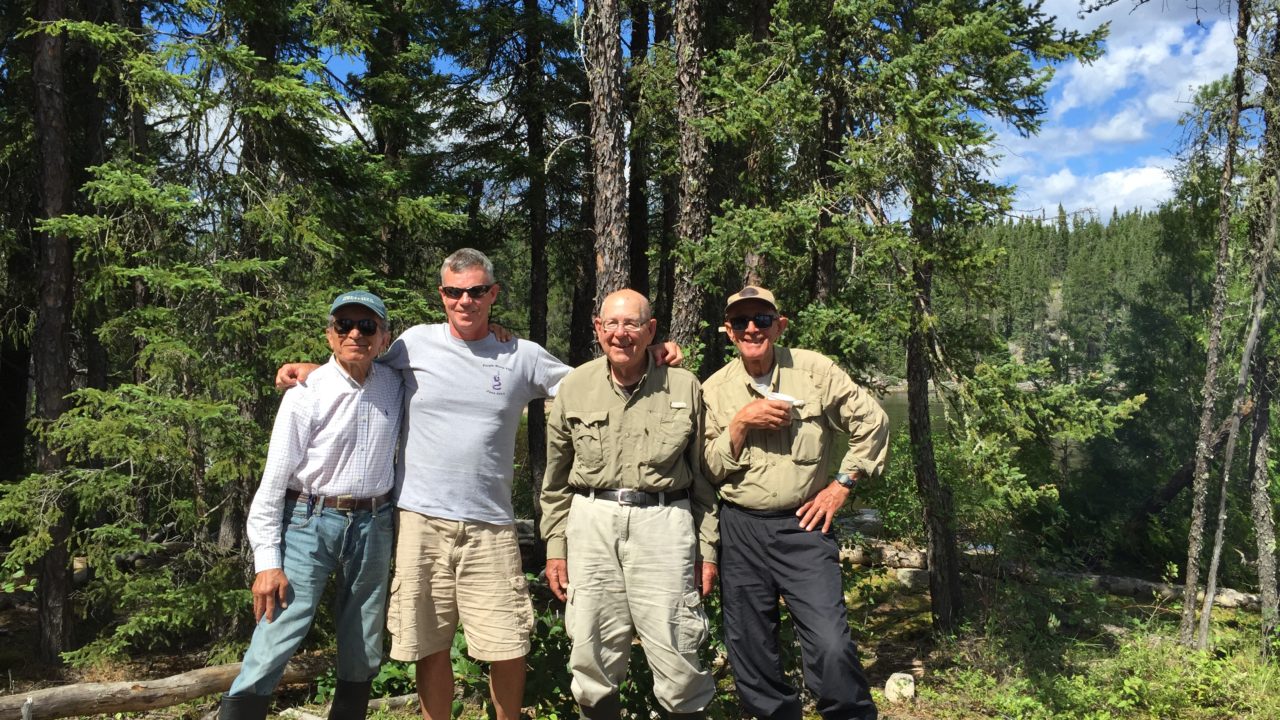 Striker’s Point on the Fly